Welcome to 'the place to go' for India’s airline schedules, both domestic and international. We provide a comparison of all the flights across India’s various airlines, from major players like Air India, Jet Airways and the privately-owned Kingfisher Airlines, to budget and low-cost carriers like Air India Express and IndiGo.

Alternatively select your tailor made flight from the options below:

This site will give you all the information you need about booking your flight, airline news and promotions, and an overview of your destinations and airplrts.

Whether flying domestic to Delhi or all the way to Canada or the UK, you can find the most competitively priced ticket to get you to your destination without spending too much time going from airline to airline comparing prices.

With this lowest fare finder, simply input your destination, flight dates, and other passenger details to get the most affordably priced airfare to meet your budget.

Get the latest news on India’s aviation industry, airline and flight updates, as well as fare promotions and other important information on the go. Subscribe to get news and updates on your email or on Facebook, and sign up for our newsletter on the latest India airlines news.

Leaving for a domestic or international flight? Check your flight status, from arrivals to departures, and even cancelled or delayed flights.

Get the latest promotions from all of India’s airlines. Keep abreast of the most recent updates in fare discounts and special offers to get the best deal on your next flight.

Find out more about your destination. India’s city flights will let you know more about each airline’s most traveled routes, and what to expect when you get there.

What do you need to know to book that ticket and make your flight? Browse through each airline’s regulations and prohibitions and never miss a step on the way to your destination.

India currently has 18 operational airlines with Jet Airways, IndiGo, Air India, SpiceJet, Kingfisher Airlines, and GoAir leading the pack in terms of passenger market share. Six of these are low-cost and budget airlines, two are cargo-based carriers, and four offer regional and charter services, while the rest are full-service airlines.

Of the popular destinations in India, Kerala, Tamil Nadu, Delhi, Uttar Pradesh and Rajasthan receive the most tourists, particularly from the USA and UK.

Kingfisher is one of six airlines in the world to have a five-star rating from Skytrax, along with Asiana Airlines, Malaysia Airlines, Qatar Airways, Singapore Airlines and Cathay Pacific Airways. According to a survey held in September 2008, Kingfisher was the most admired airline brand in the Asia-Pacific region. In July 2008, Kingfisher's share of Indian aviation market stood at 14.3% while its sister carrier Air Deccan's share stood at 13.5%.

For all the latest news on India flights 'like' us now: 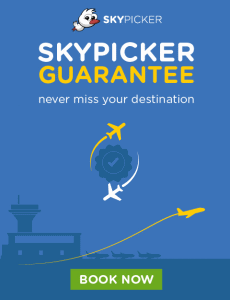